How To Celebrate The 4th of July in Kissimmee, Florida

Red, White, and You! How To Celebrate The 4th of July

The 4th of July is right around the corner, and here in Kissimmee we want to celebrate the red, white, and blue with you! This year, the holiday falls on a Thursday, so we’re extending the fun and excitement all weekend long. We’ll have local food trucks, music, fanfare, and festivities calling your name. Oh, and we’ll also have fireworks—lots of fireworks. If you’re looking to commemorate Independence Day in style, here are a few suggestions for you. 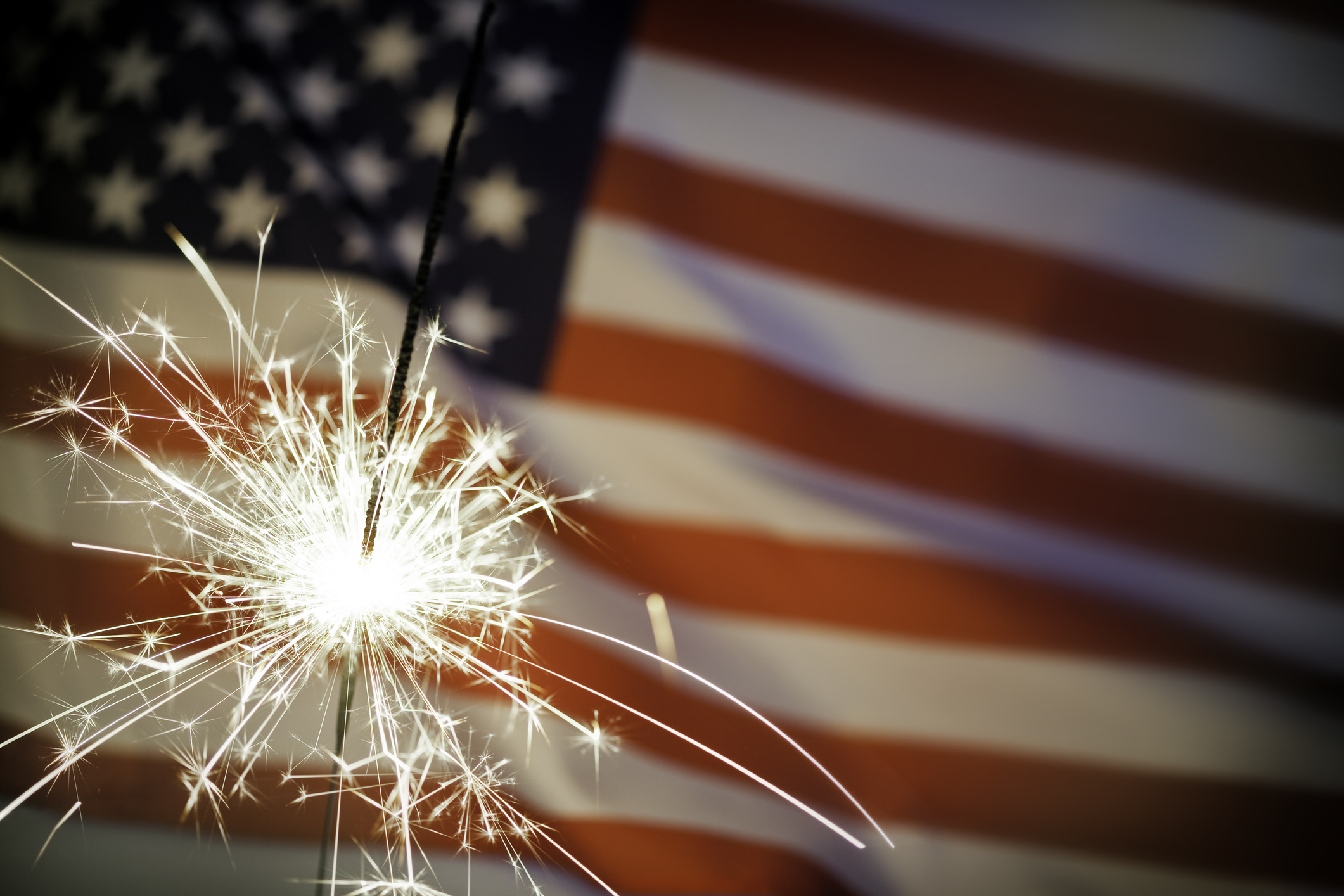 Have a “Monumental” Day at Kissimmee Lakefront Park 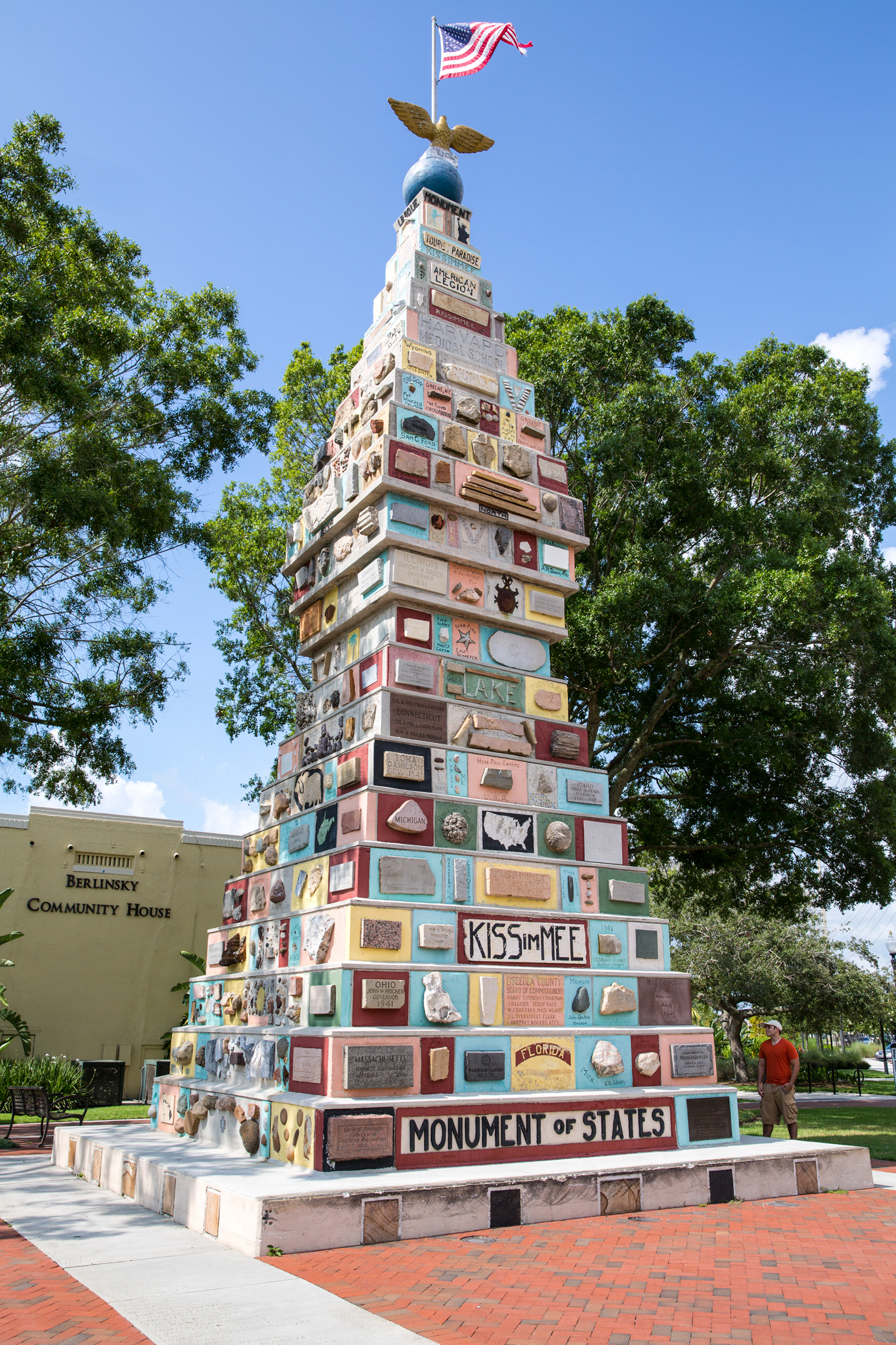 Kissimmee Lakefront Park is more than just a great spot to relax in Kissimmee—it’s also home to the Monument of States, a 50-foot tower dedicated to American unity. The monument is made from blocks of granite, chunks of quartz, small boulders, fossils, and pieces of old buildings from all over the country. Material from all 50 states has gone into building it, making it a whole lot of America in one tall masterpiece!

After you take a few photos in front of the monument, take a stroll along the shores of the legendary Lake Tohopekaliga (“Lake Toho”), and spend the night enjoying live music, craft and food vendors, comedians, and an interactive KUA Kids’ Power Zone—all topped off with a fireworks grand finale.

With a name like Celebration, you can bet this town is planning a memorable 4th of July. In fact, it’s more than just a celebration—it’s a Star Spangled Spectacular! The day kicks off bright and early at 9 a.m. with a parade along Celebration Avenue and Market Street, followed by food, fun, and activities for kids throughout the day. In the evening, Central Florida’s one-man band, Sonny Ferguson, will take the stage, followed by 7 Bridges (ultimate tribute band to The Eagles). Don’t worry, there’s not gonna be a heartache tonight, just an evening of singing, dancing, and fireworks.

Hoping to celebrate America’s birthday in the most magical way possible? Then Walt Disney World® Resort is the place to be! 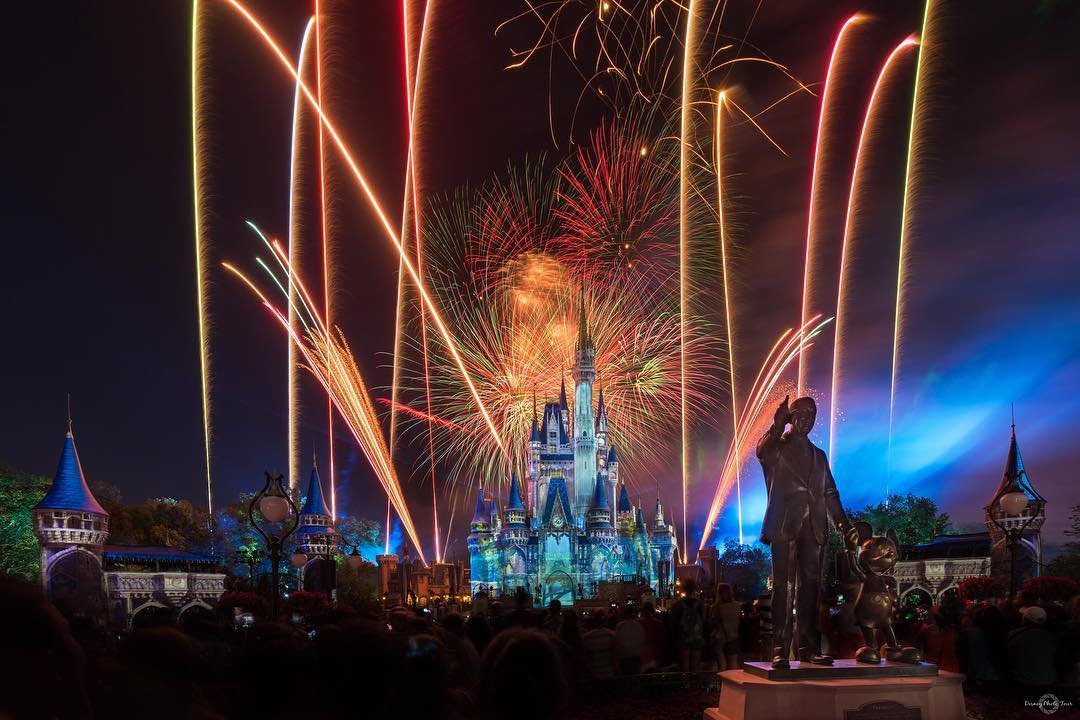 Magic Kingdom® Park: Magic Kingdom is already beloved for its amazing nightly fireworks display, but for America’s birthday it goes all out. Disney’s Celebrate America! Fireworks show is sure to dazzle young and old alike. In fact, this fireworks display is so nice, they do it twice. You can watch this spectacle July 3 & 4 at 9:15 p.m. 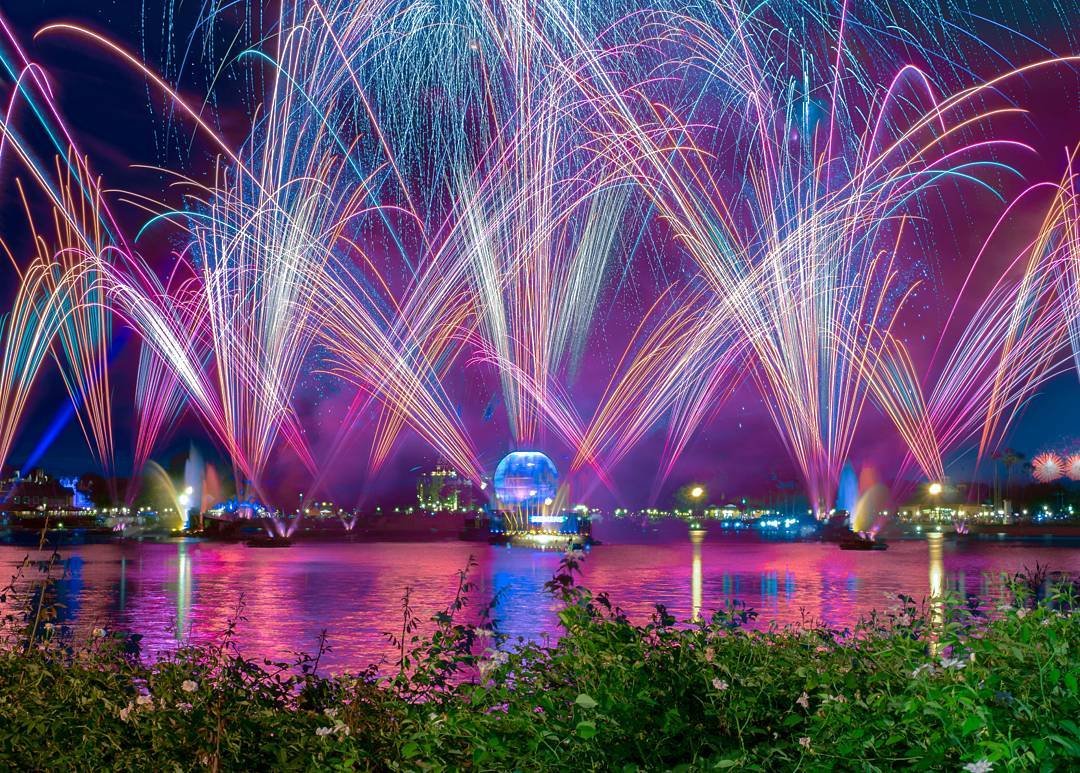 Epcot®: On July 4, Epcot enhances its already awesome IllumiNations: Reflections of Earth show with an Americana-inspired overture known as the “Heartbeat of Freedom.” There are colorful lasers, fireworks bursting in air, and plenty of pyrotechnics. This performance begins at 9 p.m. on July 4.

And if a laid-back celebration is more your thing, check out the Voices of Liberty, an eight-part acapella group performing at the American Gardens Theatre on July 4 at 5:30 p.m., 6:45 p.m., and 8 p.m. Plus, while visiting the America Pavilion and strolling throughout the park, you may spot a few favorite characters sporting special patriotic clothing to commemorate the holiday. 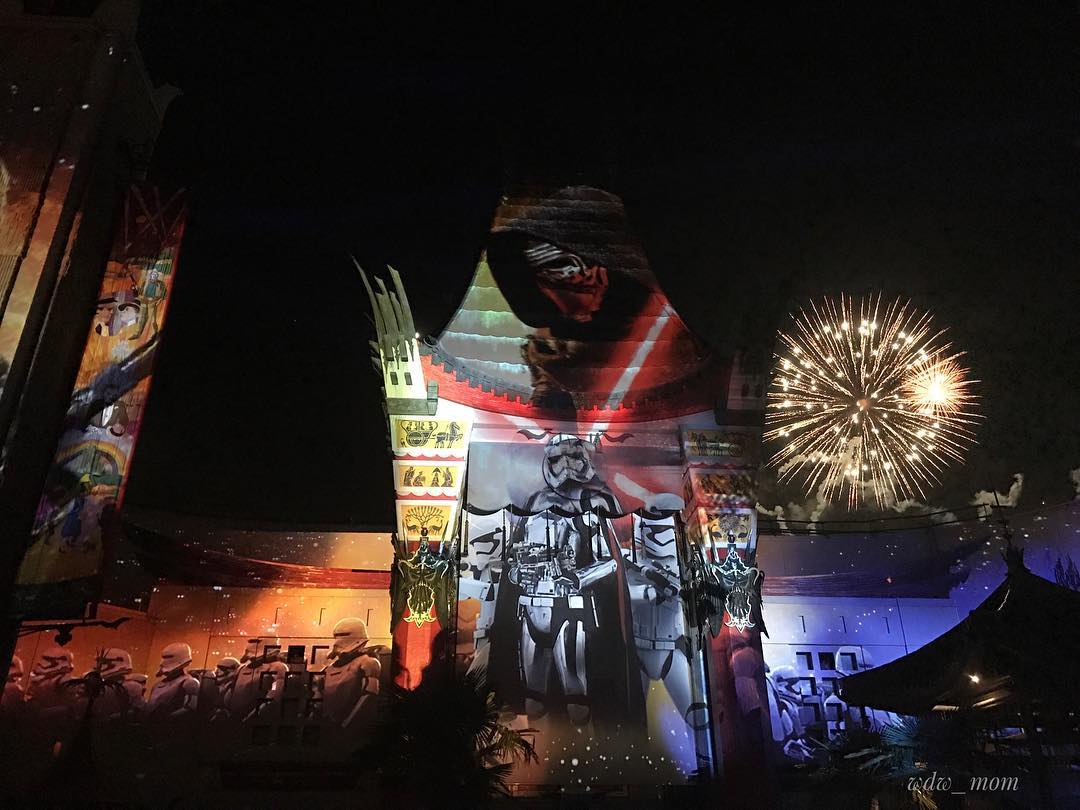 Disney’s Hollywood Studios®: We love America, and we also love Star Wars. So when we heard Disney’s Hollywood Studios combines the two with their Star Wars: A Galactic Spectacular fireworks display, we knew we’d be there faster than Han Solo and the Millennium Falcon made the Kessel Run! Just remember that the show starts July 4 at 10 p.m., because apparently the organizers want to make sure the skies are a little more on… the Dark Side.

A Universe of Fun

At Universal Studios Florida, they love the 4th of July so much that they’re celebrating for three days straight! From July 4-6, the Music Plaza stage will be grooving with nightly performances by DJ M-Squared spinning top hits on the turntables, plus the high-energy band Raydio. You’ll also have the chance to meet (and bust a move with) some of your favorite Universal characters at a special dance party. It’s all capped off by Universal Orlando’s Cinematic Celebration, a phenomenal tribute to the movies we love, complete with—you guessed it—a thrilling pyrotechnics display. 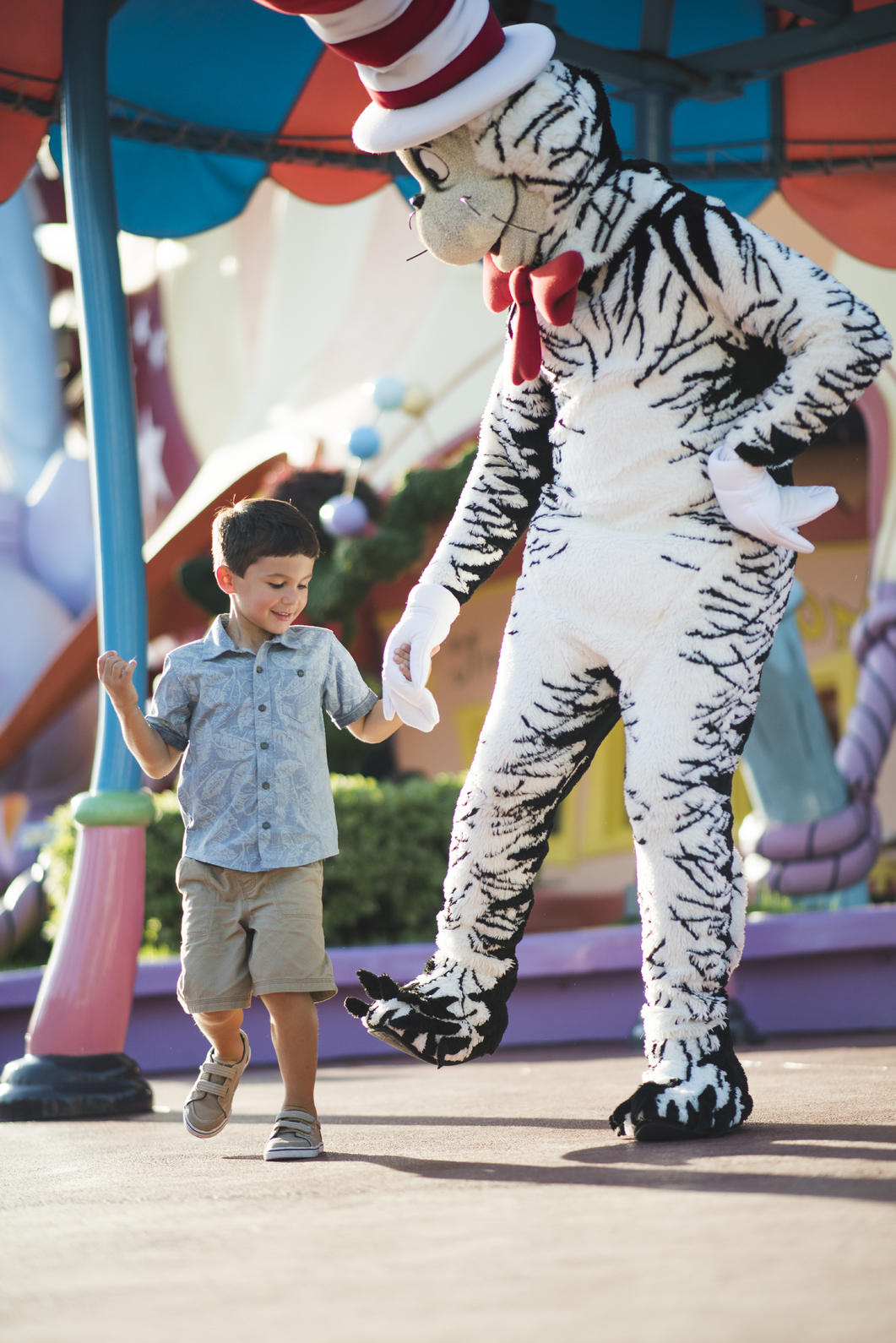 The festivities kick off at 5 p.m. and will continue until park close at 10 p.m. Best of all, your favorite rides and attractions will remain open throughout the night. Here’s the schedule of events, which will all take place at the Music Plaza stage. And if you get hungry while dancing the night away, no need to lose your spot—The Monster Café at Universal will be offering delivery to the Music Plaza Stage throughout the evening.

Ready for some Red, White & BOOM? Stop by LEGOLAND® Florida for a DJ dance party at Club Brixx. Then, build an American flag out of thousands of LEGO® bricks. And when it’s time for fireworks, put on your special viewing glasses to watch LEGO bricks explode in the sky above Lake Eloise during the Brick & Boom Fireworks Celebration. Park doors open at 10 a.m. and the party goes until 9 p.m. on July 4-6,. You know what that means? The entire family will be saying “LEGO” again!

See it at SeaWorld® Orlando

Fireworks, pyrotechnics, and lasers… oh my! One of Central Florida’s most magnificent fireworks displays will have a patriotic finale on July 4 at SeaWorld® Orlando. Pro tip: Reserve your seat with SeaWorld’s Electric Ocean + 4th of July package to secure a reserved seat at each of the park’s evening shows. Get ready for an evening of memorable sights, sounds, and splashes!

Are you visiting Kissimmee this Independence Day for festivities and fun? Be sure to check out these Kissimmee resorts and their own 4th of July celebrations, because these locals really know how to throw a birthday party! 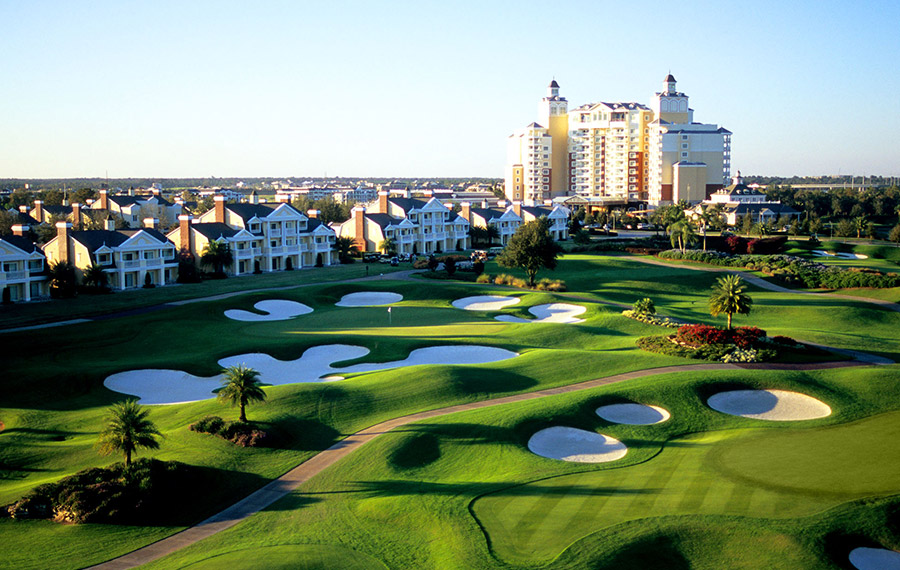 If you’re staying at Reunion Resort over the 4th of July weekend, make your way to the All-American Family Buffet, where you can enjoy finger-licking favorites like burgers, sausages, grilled chicken, and, of course, build-your-own ice cream sundaes. On Independence Day, the resort is having a very special dance party, complete with drinks, music, and spectacular views of the Walt Disney World Resort fireworks. And while you’re dancing the night away, the kiddos can enjoy a pajama and movie party.

The fun will be going all weekend long at Reunion Resort. On Friday, there’s the Light Up the Cove Family Party. Then Saturday, it’s time for the Patriotic FootGolf Challenge. (It’s just like golf, but with a soccer ball, and a whole bunch of red, white, and blue!) 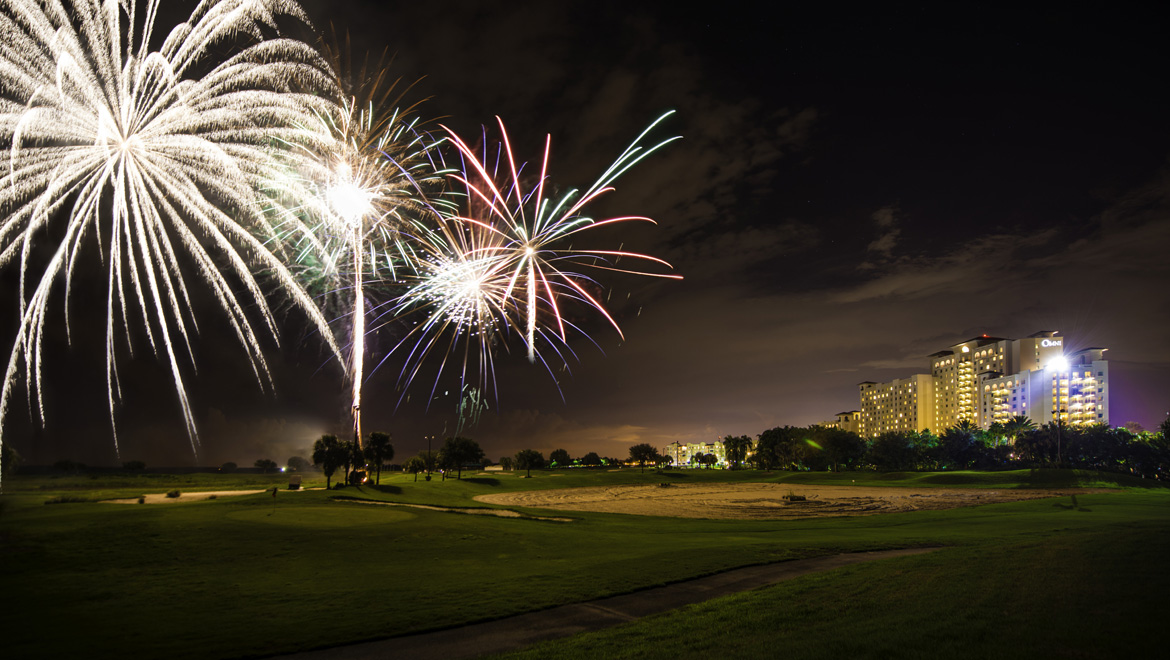 Fireworks are synonymous with holidays and summer weekends at Omni Orlando Resort at ChampionsGate. Play and relax with recreational activities all day, and at night take a swim sound-tracked by a poolside DJ while enjoying the private July 4th fireworks display. 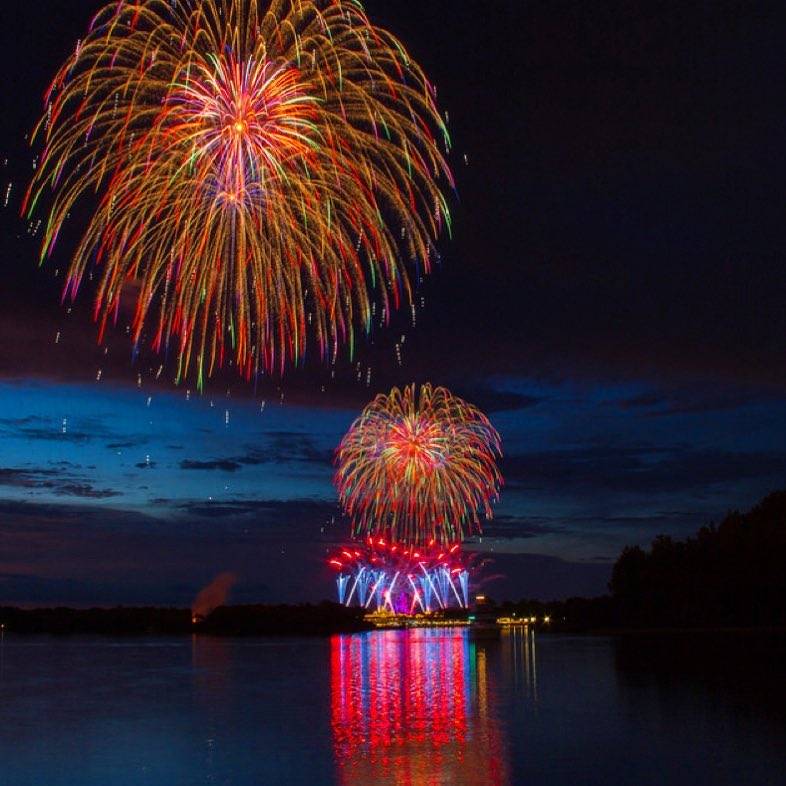 So, happy 243rd birthday, America! Wherever you decide to spend your Independence Day, we hope you have a great time surrounded by friends, family, and fireworks. If you’re coming to Kissimmee this 4th of July (and we really hope you do!), share your celebratory memories with us on social media using #MyKissimmee. And for more news on upcoming events in our area, subscribe to our newsletter.

January 14, 2021 by Experience Kissimmee
Looking for something new to add to your 2021 bucket list? This quiz offers awesome suggestions to make your year one to remember!
Continue Reading

December 29, 2020 by Experience Kissimmee
Check out what's coming to Kissimmee in 2021!
Continue Reading

December 18, 2020 by Experience Kissimmee
This year, you deserve some Central Florida holiday cheer! So raise a glass and share a toast with specialty drinks from a few local restaurants!
Continue Reading

'Twas the Night Before Christmas in Kissimmee

December 17, 2020 by Experience Kissimmee
What happened the night before Christmas in Kissimmee? Find out!
Continue Reading

Vacation Home for the Holidays

December 10, 2020 by Experience Kissimmee
The holidays are right around the corner, and there's no better place to celebrate than in a Kissimmee vacation home!
Continue Reading
Receive Exclusive Offers from Kissimmee We promise not to overwhelm your inbox!