Posted by: Experience Kissimmee on January 09, 2017

The new year is here and it's time for new adventures. Whether your wild side leads you off-road or on top of the waves, Kissimmee offers unrivaled entertainment options for those seeking unforgettable experiences. Below, we've compiled the latest destination information to inspire your next trip ... and the ultimate selfie.

Roller coaster enthusiasts, take note! A wooden roller coaster is expected to open summer 2017 at Fun Spot America's Kissimmee theme park. The coaster will be the only wooden coaster in the Southeast United States to include a barrel roll. The track will be 2,256 feet long, 82 feet high with a top speed of 48.5 mph, featuring 11 instances of air time. Fun Spot America will be investing $6 million in the attraction that has not yet been named. 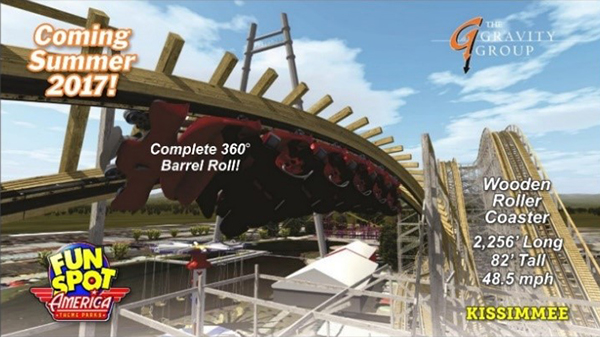 Discover your sense of adventure on a Revolution Off-Road VIP tour. This new package is perfect for guests seeking a more intimate, outdoor experience. It includes a personal tour guide, ATV's, beachside gazebo, USB flash drive containing digital copies of the pictures taken by the guide and unlimited soft drinks and bottled water for up to four guests.

Boggy Creek Airboat Rides invites you to explore their newly-expanded Southport Park for a true Florida experience. The $1 million renovation to the park features remodeled structures and a landscape overhaul. Additions to the park include a Native Experience in which guests can explore an authentic Native American village, a new full-service restaurant with indoor and lakeside dining and Romp in the Swamp – a new, one-of-a-kind experience that puts guests in the captain's seat of a dual-controlled airboat! Additional experiences opening later in 2017 include a fossil dig and glamping.

Gatorland, the "Alligator Capital of the World," will add a brand new outdoor adventure on the undeveloped acreage next to the park. Opening in the summer of 2017, the separately-ticketed experience will signal the park's largest expansion since opening in 1949.

Cool off at the Gaylord Palms Resort & Convention Center's new waterslide complex and FlowRider surf simulator, the only simulator of its kind found in the Central Florida region. The $4.2 million investment comes four years after the resort completed a $50 million renovation that included construction of two new swimming pools – the family-friendly Cypress Springs Water Park and the South Beach adult-only pool. The new water structures include a pair of dueling, looping tube slides that allow riders to race each other and a 48.5-foot AquaDrop-the tallest in the state of Florida. Hotel guests can book a 30-minute FlowRider session for $15 or a 60-minute session for $25.

In Spring 2017, fans will be immersed in the world of "The Tonight Show" in a brand-new attraction - "Race Through New York Starring Jimmy Fallon" at Universal Orlando Resort. Guests will board the "world's first-ever flying theater" which seats up to 72 audience members for a thrilling race against Jimmy Fallon through the city streets. The attraction will also feature cameos by familiar faces like Sara from "Ew," Jimmy in "Tight Pants," the show's announcer Steve Higgins and the Grammy-award winning band, The Roots.

Universal's Volcano Bay, Universal Orlando Resort's highly-anticipated water theme park, is set to open in summer 2017. The 30-acre park is will offer something for everyone, including a multi-directional wave pool with sandy beaches, a peaceful winding river, twisting multi-rider raft rides and speeding body slides that drop from the top of a volcano into the waters below.

Starting in February, SeaWorld Orlando's popular music and food events will expand to a total of 14 weekends in 2017 as part of the Seven Seas Festival – a culinary feast inspired by street food from Asia, the Caribbean, South America and the Mediterranean. Guests will also be able to enjoy a variety of international, local and seasonal craft brews. Additionally, the park will debut its first digitally enhanced ride experience this summer as the legendary Kraken rollercoaster is transformed into a virtual reality (VR) coaster experience, allowing guests to embark on a deep sea mission alongside creatures inspired by extinct and legendary animals of the past.

The unveiling of a magical, mythical world of floating mountains, bioluminescent rainforests and soaring Banshees anchors an exciting 2017 at Walt Disney World Resort. A transformational experience unlike any other, Pandora – The World of Avatar, opens in summer 2017 at Disney's Animal Kingdom, bringing James Cameron's "AVATAR" film to life.

A brand new attraction called "Miss Fortune Falls" is coming to Disney's Typhoon Lagoon in spring of 2017. Aboard treasure rafts, guests will ascend to the top of the attraction before plunging into a white-water adventure where they will be able to spot some of the treasures Captain Oceaneer gathered from around the world, before she became stranded at Typhoon Lagoon many years ago by a rogue storm. With a ride time of two minutes, Miss Fortune Falls will be among the lengthiest attractions at both Disney water Parks.

The second Red Lion-branded franchise location in Florida will open in Kissimmee – the Red Lion Hotel-LBV South. It will have 412 rooms, a Mexican restaurant, a poolside sports bar, a lazy river, pool and Jacuzzi, a fitness center and 1,800 square feet of meeting space. 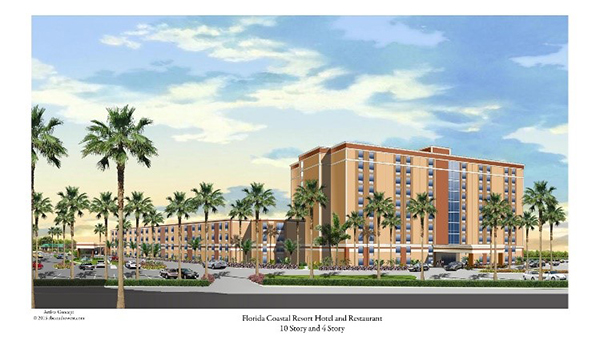 The GreenPoint Hotel brand is set to open its first location in Kissimmee spring of 2017 – the GreenPoint Hotel Kissimmee. The 200-room property will offer fully-furnished king and double rooms, designed with a fresh and contemporary flair, providing a luxurious experience at a modest price point. Complimentary breakfast will be provided in the expansive, communal lobby space. Guests can also visit The Spot, the resort restaurant, for additional breakfast offerings, dinner, and late night bites.

The Omni Orlando Resort at ChampionsGate will break ground in 2017 for an extensive $40 million expansion project. The significant redevelopment includes: 23,000 square feet of additional pool deck and recreational space, installation of Kissimmee's only resort wave pool, a new 93-room property villa building and a redesign of Trevi's Restaurant that will include an outdoor garden terrace and bar. The expansion will also include the addition of 100,000 square feet of expanded event lawn and conference center space, further establishing the resort as an all-in-one luxury reprieve for guests. 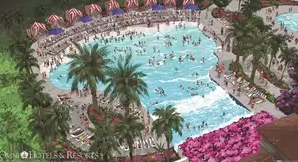 Already breaking ground, with its first phase set to open in late 2017, the $750 million vacation resort Margaritaville Resort Orlando, promises something for everyone. The property will be home to an 187-room Margaritaville-branded hotel, 1,000 vacation homes and 300 timeshare units allowing for up to 6,000 guests to be accommodated in the resort at one time. And Central Florida visitors will no longer have to travel to the coast to get their snorkeling fix. The resort will feature three acres of swimmable freshwater lagoons and water-based activities will include a 12-acre water park, paddle-boarding, snorkeling and children's play areas. 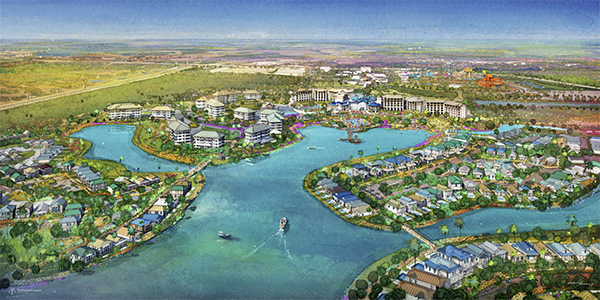 Island Grove Wine Company at Formosa Gardens is expected to open spring of 2017. Surrounded by lush botanical gardens, the sustainable winery and microbrewery will feature a bistro, winery tours, tastings, over 3,000 sq. feet of meeting space for corporate meetings, weddings and events and a theater room that can accommodate up to 30 people. The botanical garden will grow organic fruits and vegetables, while maintaining sustainable agricultural practices that include biodynamic practices, permaculture, and hydroponics. 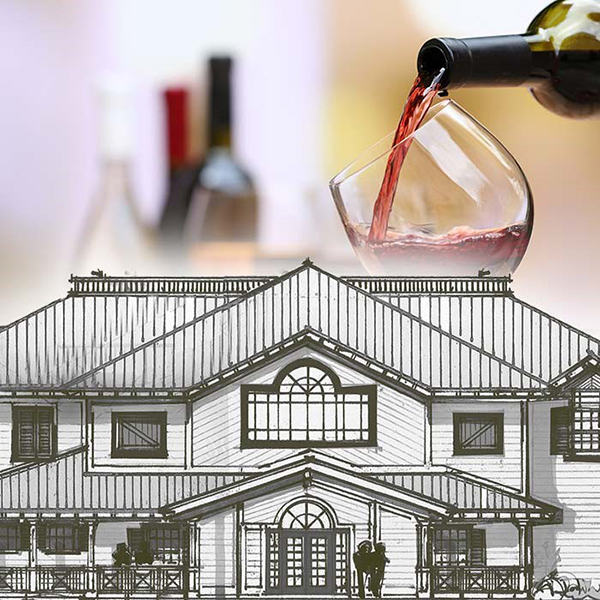 April 18, 2022 by Experience Kissimmee
Use these 10 tips next time you visit Gatorland in Kissimmee, Florida!
Continue Reading

Mom and Daughter: 48 Hours of Mother’s Day fun in Kissimmee

April 15, 2022 by Experience Kissimmee
Mother's Day is right around the corner! Here are a few fantastic ways to spend 48 hours in Kissimmee that Mom is sure to love.
Continue Reading
Receive Exclusive Offers from Kissimmee We promise not to overwhelm your inbox!