Up for dinner and a show? Just let us know what you’re hungry for. A trip back to the Medieval Times for jousting and hearty festival fare? Maybe a bit of the ol’ spaghetti, just like Mama used to make, served in a throwback to Prohibition-era Chicago? Knock three times and give the secret password. Dinner is never a bore when there’s a high-seas pirate escapade, or aerial artistry and swordplay involved. Take a seat, pull up a chair, as our dining shows proudly present… your dinner.

This entertaining show is one of the longest-running dinner shows in Central Florida. Five nights a week see Tony Brent, a one-man cast of dozens of characters. His amazing magic, impersonations, and high-energy improvisations will have you laughing into your freshly-tossed pizza. Brent engages audiences of all ages. Minds will be read, predictions will come true, and some of your personal items may vanish and then (thankfully) reappear. On Brent’s off-nights, enjoy a number of special guest magicians.

Is there a better-known dinner show than Medieval Times? We think not! It’s earned its legendary status by consistently amazing audiences with its live animal performances, and tales of bravery, dashing knights, heroic ladies, daring deeds, and fancy steeds. Even TripAdvisor gave it a Certificate of Excellence. You’ve arrived in Kissimmee ‘joust’ in time. Let the tournament begin! 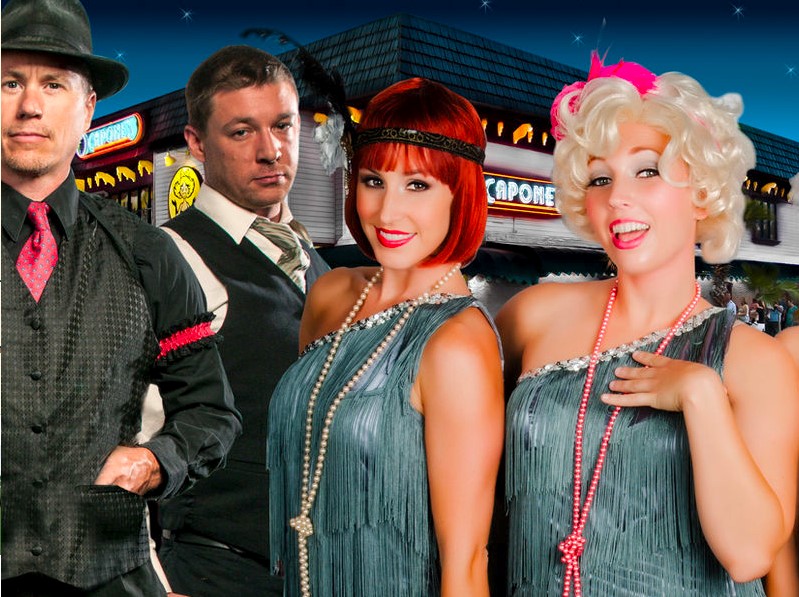 This year Capone’s is celebrating 25 years of memories! Al and the gang are treating you to a dinner buffet, unlimited cocktails, and an action-packed gangster shoot out! Knock 3 times, give the secret password, then enter gangland Chicago in 1931. 6 years of TripAdvisor’s Award of Excellence can’t be wrong —Al and his wise guys make sure you and your pals have a great experience. It’s hysterical, it’s a blast! 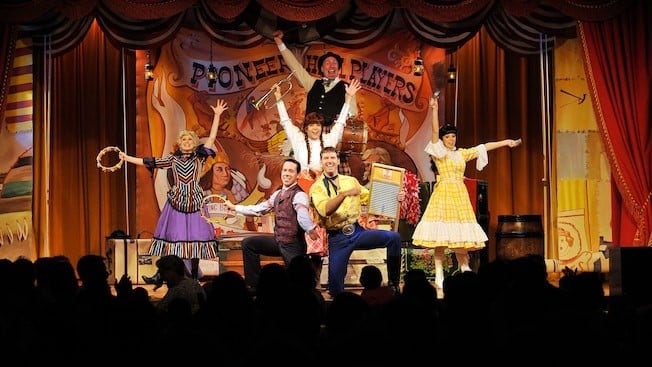 The Pioneer Players treat you to an eat-as-much-as-you-please country meal, with beer, wine and hilarious, hand-clappin’, foot-stompin’ fun. Drop in for one of their three nightly shows for a high-spirited hootenanny the whole family will enjoy. This finger-lickin’ good, frontier family fun revue is two hours of Wild West dancing, singing, and zany vaudeville antics. 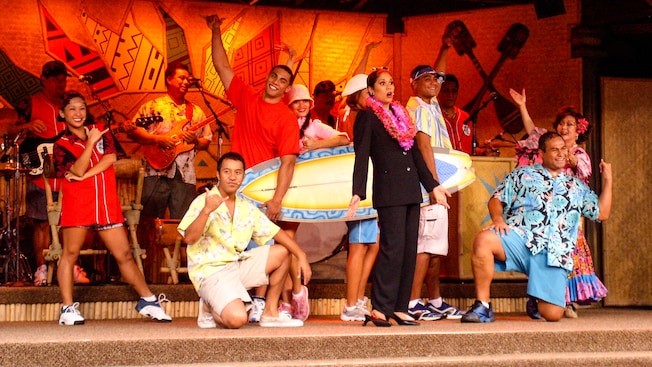 Auntie Wini is hosting a fun-filled luau to say goodbye to one of the local girls who's headed to the “mainland” for college —and you’re invited! Celebrate Polynesian culture and music from Tahiti, Samoa, Tonga, New Zealand, and Hawaii. All while enjoying a family-style luau feast in this open-air dining theater. While feasting on pulled pork, ribs, roasted chicken and vegetables, Enjoy the hospitality of the South Seas, see hula dancing, fire dancing, and more as you enjoy the spirit of ‘Aloha’. 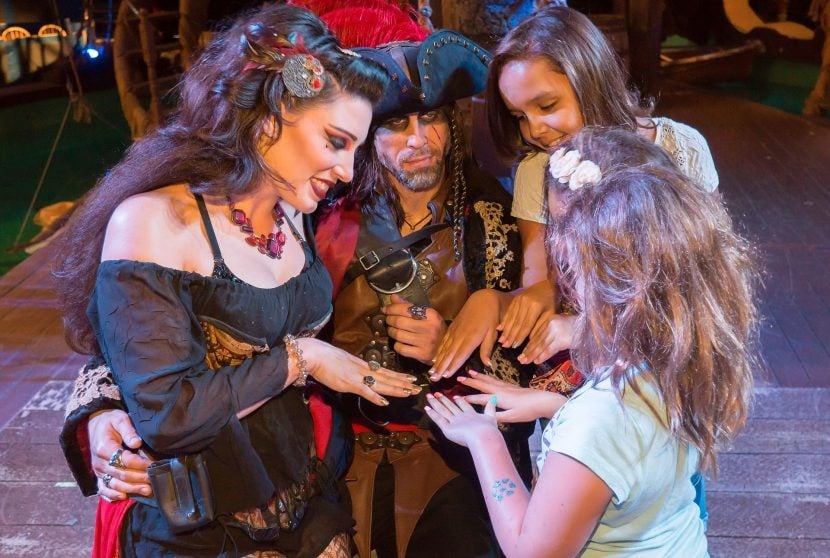 Ever dreamed of a Dinner Theater town, filled with magic and adventure? That’s exactly what Pirate’s Town is! Choose your theater—from a Pirate’s Dinner Adventure, Treasure Tavern, or The Cirque Magique (or don’t choose and do all three!). Whether you experience the magic of the big top, or elect for an adventure on the high seas, you’re in for a night of unforgettable entertainment. You might be in for swashbuckling pirates, or acrobats from Eastern Europe. Those are only a few of the spectacular stage offerings in Pirate’s Town.

Nothing stirs the appetite like solving a mystery! In this dinner show, your help is requested in solving a crime! Keep your eye out for any suspicious behavior. It might only be two and a half hours, but it’ll keep you talking for years to come. Outrageous characters will talk to you as you tuck into their signature cheese spreads. Your table is your team —work together to formulate questions for the live interrogation. See whether or not you can solve the crime before dessert. There are 12 mysteries to choose from —can you solve them all? 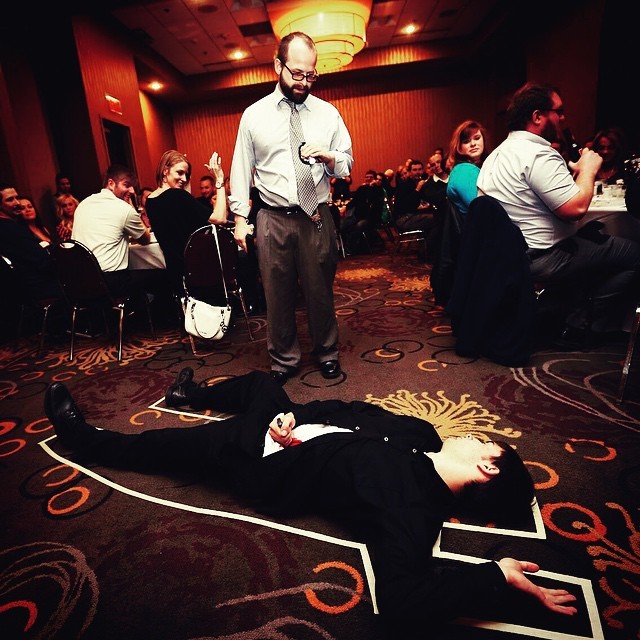 Is the person sitting next to you an innocent diner, or are they an actor in disguise? Non-costumed actors are spread throughout the crowd in this non-traditional murder mystery dinner show. Prepare for a social and interactive evening set in the present day and taking place in real time. Over the course of the evening, costumed detectives will uncover clues, interrogate audience members, and bring everyone closer to solving the mystery. 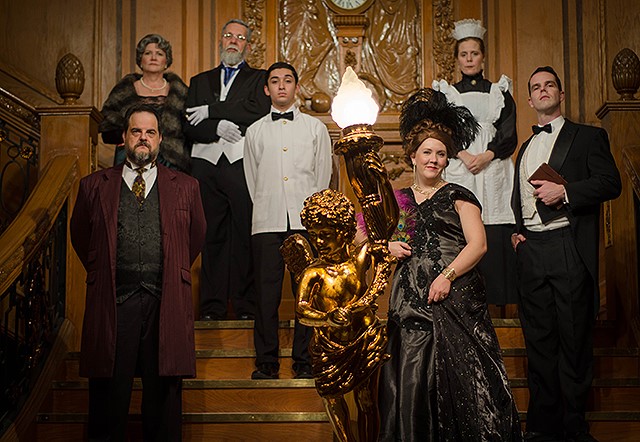 Revisit one of history’s most enchanting vessels, with full-scale recreations of the ship’s most famous locales, with historians in period costumes playing the ship’s designers, crew, and passengers. Don’t miss your seat aboard the greatest ship of all time during their Gala Dinners on Friday and Saturday nights. Join the first class guests as you celebrate the retirement of the Titanic’s legendary Captain Edward John Smith. It will be a night to remember!

Whether in gangland Chicago, in a medieval castle, a pirate ship, or aboard the greatest ship of all time, share your theatrical dinner dealings with us on Instagram @ExperienceKissimmee with #MyKissimmee.

April 18, 2022 by Experience Kissimmee
Use these 10 tips next time you visit Gatorland in Kissimmee, Florida!
Continue Reading
Receive Exclusive Offers from Kissimmee We promise not to overwhelm your inbox!