Posted by: Experience Kissimmee on January 13, 2017

Imagine becoming a ninja warrior and battling rival warriors, sorcerers, skeletons, dragons, and more with your elemental powers - fire, ice, and lightning. Now, thanks to the latest attraction at LEGOLAND Florida, you don't have to rely on your imagination - you can live it with your whole family. NINJAGO® World, LEGOLAND's newest interactive ride, takes you on a unique journey through a martial arts adventure. 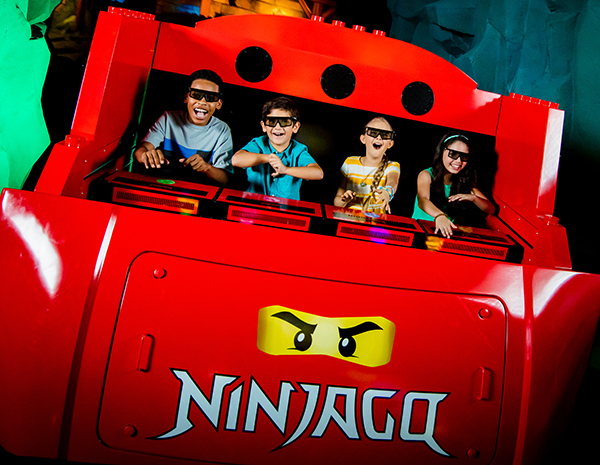 You and your children will get the chance to develop your martial arts skills at part of an exciting ride that uses 3D computer animation combined with heat, fog, and lighting effects to create ninja battle scenes. Unlike other theme park rides, LEGO NINJAGO The Ride translates your hand motions into ninja attacks using a groundbreaking interactive technology. You "become the ninja" and battle LEGO® villains, competing against your fellow ninja warriors, and to get the highest score.

How does it work? You'll don 3D glasses and sit in a ride vehicle with motion-detecting sensors built into each vehicle's lap bar. The sensors detect your hand motions, and turns them into animated fireballs, lightning, and other effects as you travel through a series of screens. Before the ride begins, you and your family will be taught five basic hand motions inspired by martial arts that you can use to do battle during the ride. Once you're on the ride, simply move your hands, and the technology does the rest. 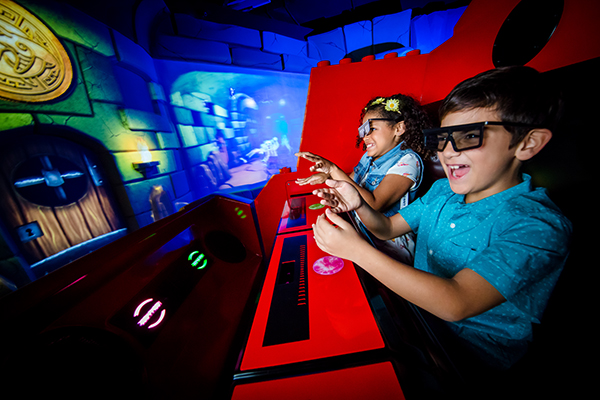 While the training for the ride focuses on five specific motions, you can also develop your own moves. In addition, there are hidden challenges and secrets for you and your family to uncover during each trip. The result is a different experience every time you ride.

Based on the popular LEGO building sets and the TV show LEGO NINJAGO: Masters of Spinjitzu, NINJAGO World also includes a number of outdoor interactive "training" stations where your children can practice their ninja skills before entering the ride, including:

In addition, your children can add their own special LEGO constructs to a giant model of a NINJAGO monastery at Zane's Temple Build. LEGOLAND's NINJAGO World is the first major theme park attraction to open in 2017.

April 18, 2022 by Experience Kissimmee
Use these 10 tips next time you visit Gatorland in Kissimmee, Florida!
Continue Reading

Mom and Daughter: 48 Hours of Mother’s Day fun in Kissimmee

April 15, 2022 by Experience Kissimmee
Mother's Day is right around the corner! Here are a few fantastic ways to spend 48 hours in Kissimmee that Mom is sure to love.
Continue Reading
Receive Exclusive Offers from Kissimmee We promise not to overwhelm your inbox!