Posted by: Experience Kissimmee on January 25, 2018

The stadium is ready, the boards are glistening in the sunlight, and the cornhole players are ready to compete! Yes, that’s right– the popular yard game we have come to know and love is finally a competitive sport, complete with national league play and large cash prizes. Don’t believe us? Witness the action for yourself as the American Cornhole League 2018 championship season kicks off in Kissimmee this weekend!

The Johnsonville Cornhole Championships: ACL Kick-Off Battle takes over the Osceola County Stadium at Osceola Heritage Park in Kissimmee Jan. 26-28, 2018. This inaugural Pro National event of the season features more than 400 cornhole players of all ages and skill levels from across the country competing for $10,000 in cash prizes. The weekend also includes an ACL-sponsored charity event Friday evening featuring professional athletes from various sports, including four former NFL players.

The American Cornhole League first established its roots in 2016 with 150 players. The league’s events have since nearly tripled in size and are now broadcasted live on ESPN. So, whether you watch from home or attend this free event in person, you don’t want to miss this exciting tournament.

“This is going to be another milestone event for the ACL and the sport and I can’t wait to see what happens,” said Stacey Moore, ACL Commissioner. “I appreciate all the support we’ve received from Johnsonville and from the teams at Kissimmee Sports and Osceola County Stadium, along with our players, fans, and sponsors.”

Kissimmee Sports Commission is the official event host. And to get you ready for the kick-off competition, we have compiled a few must-know kernels of cornhole wisdom. 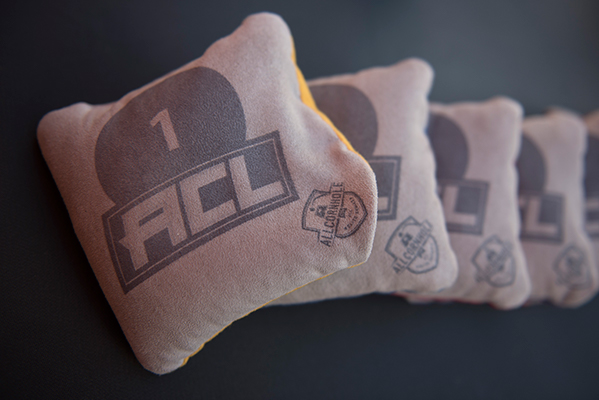 For those who may be unfamiliar with this time-honored tailgate tradition, cornhole is a classic yard game resembling a high-stakes bean bag toss. To play cornhole, two teams or players face off by throwing four bags per round at a board with a six-inch hole. Typically, the first team or player to score 21 points is declared the winner.

For competitive play, place a set of cornhole boards 27 feet apart from front edge to front edge. The front of the board represents the foul line. Players may not step in front of or behind the board, and they must remain within three feet of their side of the board when throwing.

The event is free to attend. Please visit the American Cornhole League website for more information and a schedule of the tournament.

To watch the event from home, tune in to ESPN 3 throughout the weekend for live coverage, or check out ESPN 2 for tape delay coverage.

April 21, 2022 by Experience Kissimmee
Explore these top 5 spots in Kissimmee where you can reconnect with nature!
Continue Reading
Receive Exclusive Offers from Kissimmee We promise not to overwhelm your inbox!